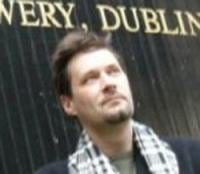 He was the founding Chairman of the Board of Directors of the Local Independent Online News Publishers (LION Publishers), organizing a group of publishers of about 350 local news websites across the country. He’s the president of the Arizona Press Club, and a member of the national Professional Standards and Ethics Committee of the Society of Professional Journalists.

He’s won numerous state and national awards and accolades for breaking news and investigative journalism, including the Sledgehammer Award from the Arizona Press Club, and is a Brechner Reporting Fellow at the Brechner Center for Freedom of Information at the University of Florida, which supports his work pursuing in-depth journalism about government secrecy, and a Guggenheim Justice Reporting Fellow at the Center on Media, Crime and Justice, John Jay College of Criminal Justice, City University of New York, supporting his reporting on police cover-ups and justice reform efforts.

Prior to founding the Sentinel, he was the Online Editor for the Tucson Citizen, until the newspaper was shut down.

An experienced designer and programmer, he served as an Invited Expert on the World Wide Web Consortium’s HTML Working Group, helping to write the latest specification for the language that runs the Internet.

He was the Executive Director of The Quintessential Stage, a nonprofit theatre company, and Editor and Publisher of ¿K? Magazine, an arts and culture monthly, in the 1990s.

He comes from a long line of journalists; his great-grandfather began work as a reporter fresh from high school in 1900. His family operated the Wheaton (Ill.) Daily Journal for over 50 years. His grandfather was also an Editor and Publisher, his grandmother a copyeditor and typesetter, and his parents published an alternative newspaper in the 1960s.

Despite his long heritage in print journalism, he’s a firm believer in the power of the Internet to inform and inspire like no other medium for reporting.