In Lima, bureaucrats and leaders from nearly 200 governments haggled over the fine print of a planned climate change treaty, due to be signed in Paris in December 2015. Citizens at the sharp end of global warming have also been gathering here.

Here’s what three of them, from three parts of the world that are highly vulnerable to changes in the climate, said to GlobalPost.

Sadok Elamri, from the Sahara and Sahel Observatory, a Tunisian nonprofit 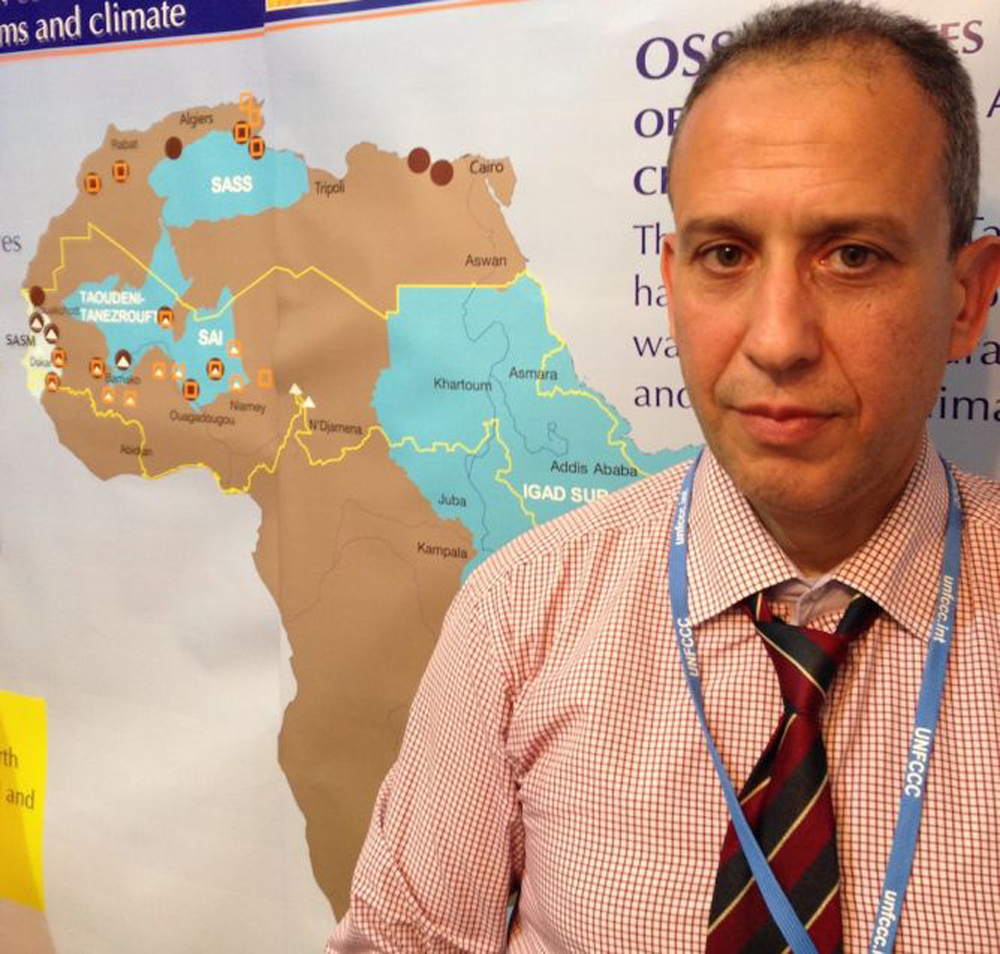 “There are 240 million people who live in 22 countries in the Sahel, the region around the Sahara, and they are at serious risk from climate change. The desert is expanding, growing every year, and surrounding towns and cities.

"Our big fear is both drought and armed conflict."

"The forecasts are for rains to start failing by 2025 or 2030. People are already taking water from underground sources but it is not sustainable.

"Our big fear is both drought and armed conflict. Tunisia, Libya and Algeria share an aquifer and they need to cooperate and ensure that is used sustainably and renewably. So do Ethiopia, Sudan and Kenya.

"Even in the desert, in Mali for example, there are microclimates that allow human communities to live. These will be really hurt by climate change. I’m not optimistic, because the Sahel nations are poor and people depend on agriculture. They don’t have the capacity to adapt.

"This COP [United Nations climate conference] is crucial. Paris is our last chance. We need strong commitments from developed nations to curb their emissions. We also need funds to help us adapt to climate change.

Shuuichi Endou, Japanese photographer based on the tiny Pacific island nation of Tuvalu, which he also represents as environmental goodwill ambassador 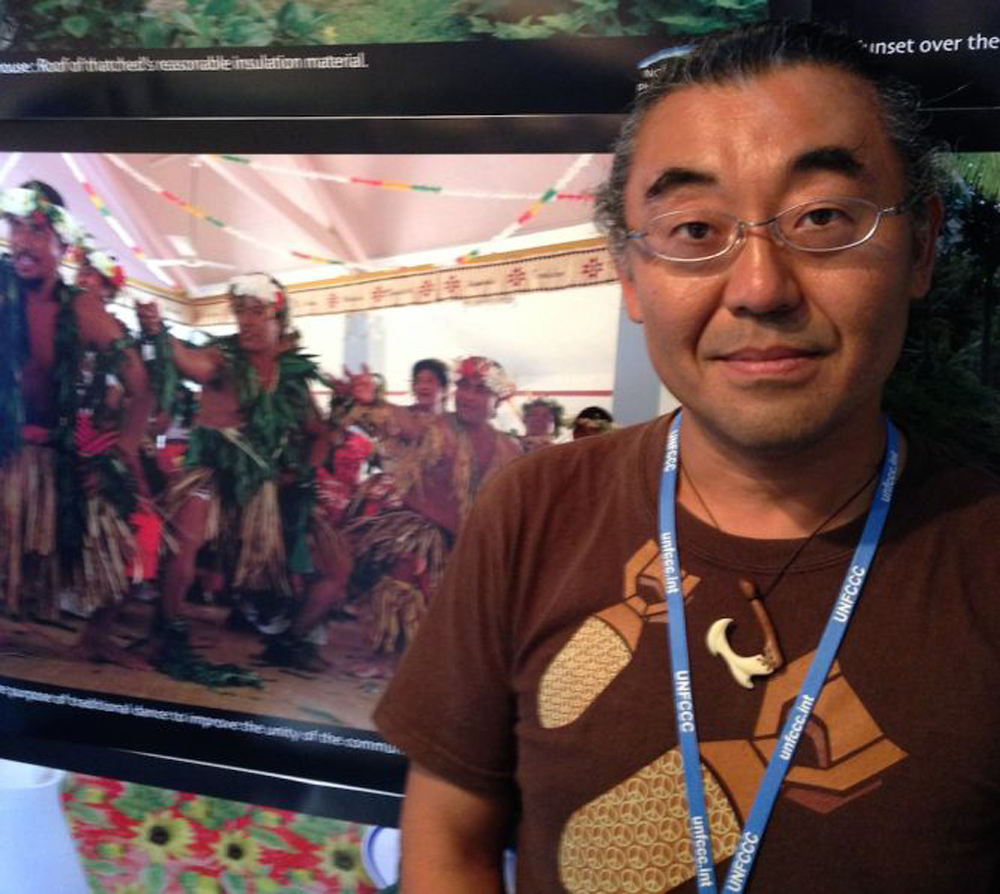 "Two degrees is too much — 1.5 is probably the limit for Tuvalu." (Two degrees Celsius is the benchmark temperature rise above pre-industrial levels that many scientists say would avoid catastrophic climate change.)

"Tuvalu will be gone in about 15 years ... many are already evacuating."

"We are just 2 meters above sea level so whenever there is a storm surge or large waves, we get swamped. The seawater has worked its way into the water-table and our crops of coconut, banana, taro and breadfruit are failing.

"They say Tuvalu will be gone in about 15 years. There are just 10,000 people in Tuvalu and many are already evacuating to Fiji, New Zealand and Australia. Those that aren’t making plans know that they will have to soon.

"We urgently need climate change not just to slow down or stop but to reverse; even with a relatively strong agreement in Paris, it is hard to see that happening." 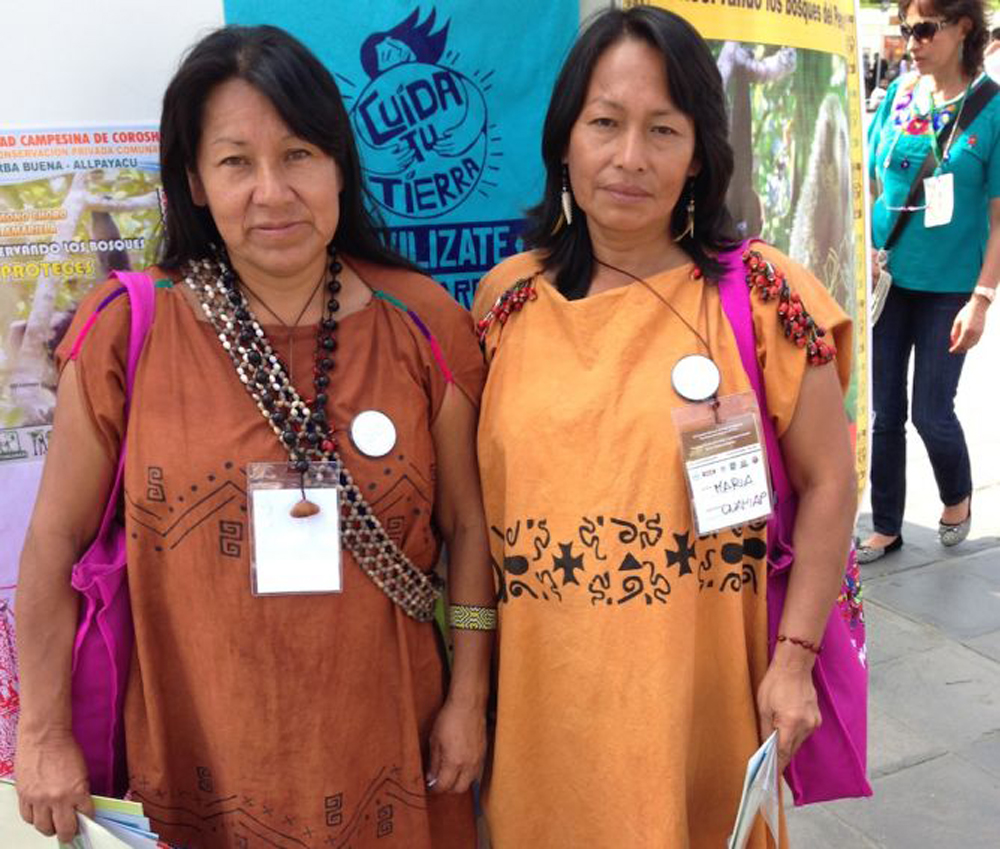 "In the jungle, we feel climate change every day. The heat is stronger now than it used to be. The seasons have changed now, too.

"We can’t trust the rains to come anymore. There is drought. We don’t know when to sow. If we do it when we did it before, then the crops fail, or grow too small.

"We’ve stopped growing coffee and cacao, our main cash crops, and now rely on our subsistence crops, like cassava and bananas. There is hunger in the communities.

"There is also logging on our lands. Some native people have titles to their lands but many don’t and the loggers get concessions from the government. They tell us that logging makes it hotter.

"We have come to the COP to present our stories and to hear what solution the government will offer us."