Health care sign-ups: This is what transparency looks like

Since the federal health insurance exchange has launched, top federal officials have told interviewers that they do not know how many people have been able to enroll using the healthcare.gov website.

In an interview with the Associated Press on Oct. 4, President Obama said: "Well, I don't have the numbers yet."

Then, appearing on the Daily Show on Oct. 8, the Health and Human Services Secretary Kathleen Sebelius said she didn't have the information either. "I can't tell you because I don't know."

Some states, including California, New York and Colorado, are running their own health insurance marketplaces for their residents. But the Centers for Medicare and Medicaid Services (CMS) is handling enrollment for 30-plus states, including Texas, Georgia and Florida, which decided not to set up their own exchanges.

Federal officials have proudly proclaimed the number of visitors to the healthcare.gov site, as in this tweet:

But they have declined numerous opportunities to provide enrollment figures. The latest example: A New York Times article on Sunday about the site's problems included this sentence: "Neither [CMS administrator Marilyn] Tavenner nor other agency officials would answer questions about the exchange or its performance last week."

Reporters and consumers across the country have said they are simply unable to enroll on the site. You can read about my experience.

Federal officials have said that they will release enrollment figures once a month, beginning in November.

Those interested in what transparency looks like can check the states. Some examples of those that have put out numbers: 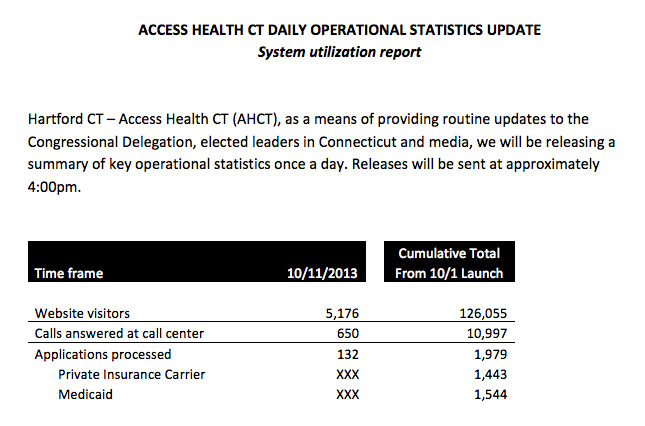 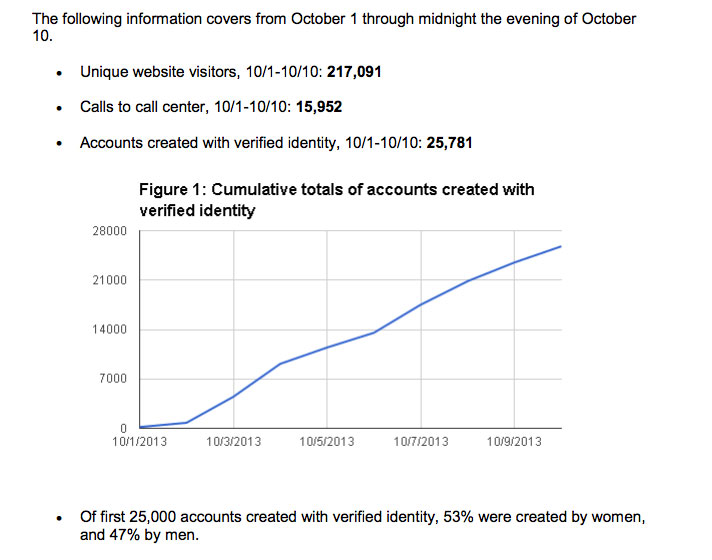 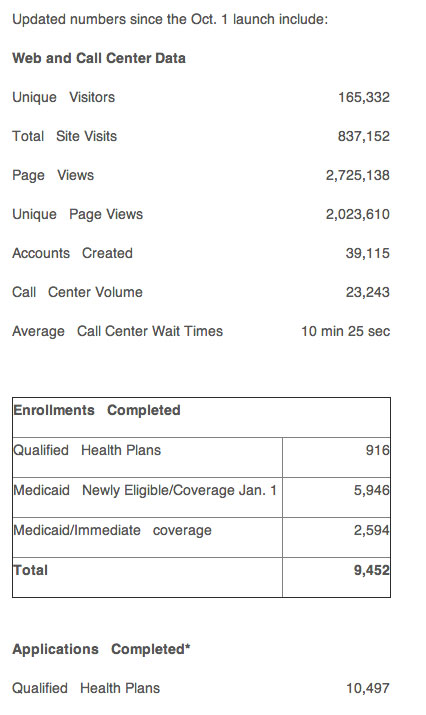