The El Paso region of U.S. Customs and Border Protection is deactiving its Twitter account after it was used Saturday to promote political and homophobic content.

“U.S. Customs and Border Protection has become aware of unauthorized and inappropriate content that was posted to the @CBPWestTexas Twitter account. CBP will take action to deactivate the account and has referred the matter to the Office of Professional Responsibility to investigate. The tweets do not reflect the values of this administration and our work to rebuild a humane, orderly, and secure immigration system,” the agency said in a statement.

The Twitter account for CBP West Texas region, which is based in El Paso, retweeted and liked a number of tweets Saturday from former Trump administration adviser Steven Miller, as well as from other accounts criticizing the Biden administration.

CBP did not identify which employee was using the agency Twitter account at the time of the controversial retweets and likes, including whether the person was based in El Paso.

CBP Commissioner Chris Magnus took to Twitter to condemn the retweets and likes on the agency’s West Texas account. 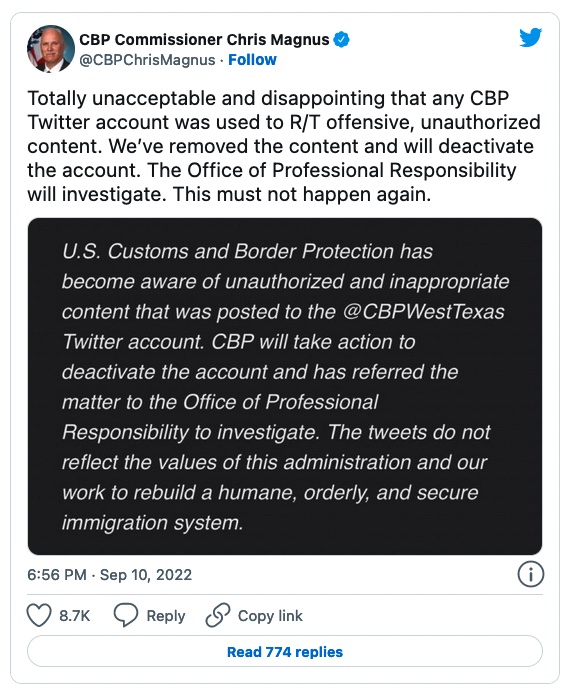 U.S. Rep. Veronica Escobar, D-El Paso, said the person who shared and liked the tweets should not be working for the government. 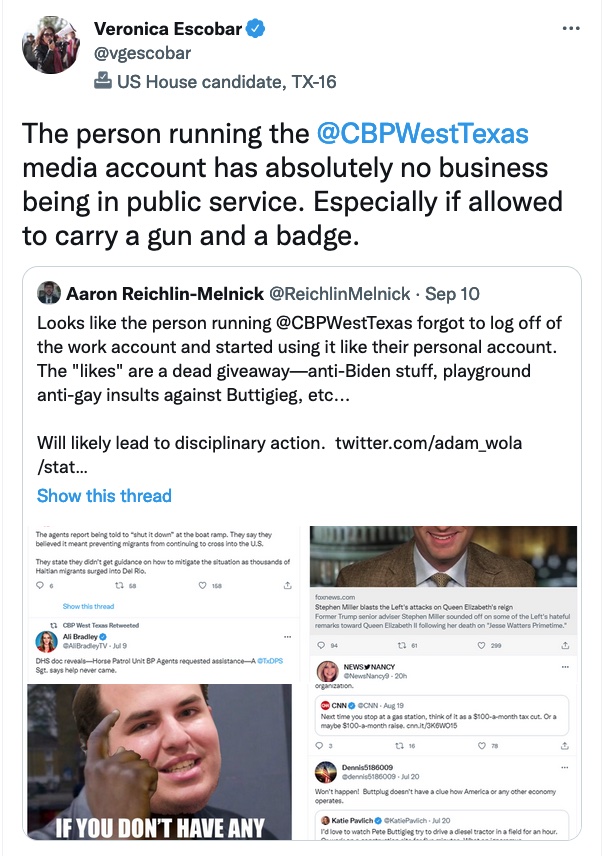 This report was originally published on El Paso Matters.