Snow was falling across parts of the Tucson area Monday morning, with more flurries possible as temperatures drop below freezing overnight across much of the region.

Highs Monday "will be quite chilly and likely the coldest of this winter season," officials said.

A hard freeze warning is in effect from 11 p.m. Monday through 8 a.m. Tuesday, covering the Tucson metro area, and western Pima County, including the Tohono O'odham Nation. Parts of Pinal County are also covered, with temperatures forecast to fall below 32 degrees in much of Southern Arizona overnight.

"Another storm system will move through Arizona today with a reinforcing shot of cold air and scattered rain and snow showers from Tucson east," forecasters said. "After a rather cold Tuesday morning, temperatures are expected to moderate with no precipitation expected for the rest of the week into the upcoming weekend."

About two inches of new snow had fallen on Mt. Lemmon by Monday morning, with snow falling on Sierra Vista and Bisbee, and dusting Oro Valley and parts of the Catalina Foothills. Some snow accumulated along Interstate 10 in the Willcox area during the day, leading NWS to caution drivers. 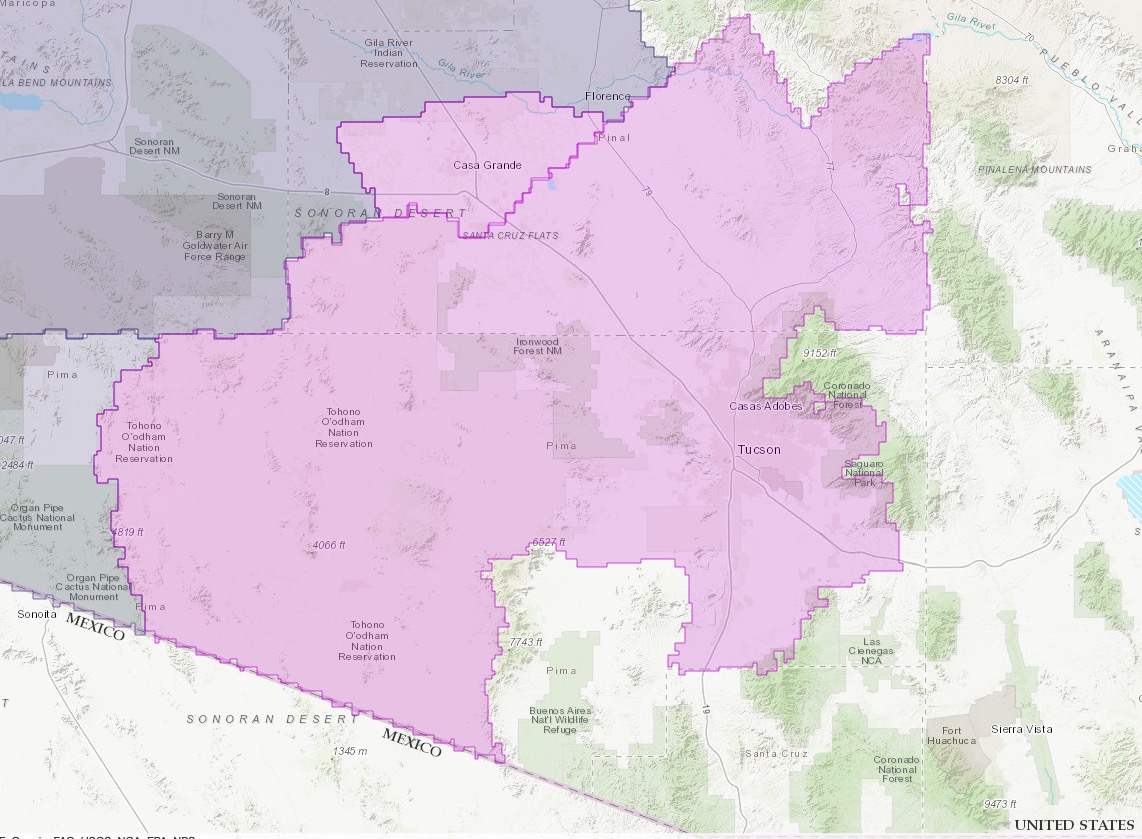 "Take steps now to protect tender plants from the cold," NWS said. "To prevent freezing and possible bursting of outdoor water pipes they should be wrapped, drained, or allowed to drip slowly. Those that have in-ground sprinkler systems should drain them and cover above- ground pipes to protect them from freezing."