This weekend and early next week, temperatures across Arizona will spike well above recent highs, with some areas blasted with potentially life-threatening 118-degree heat.

An excessive heat watch will be in effect from Sunday morning through late Tuesday night for Tucson and much of Southern Arizona, with highs of up to 113 degrees possible, while the Phoenix metro area and western deserts will be under a heat watch with even higher temperatures forecast, National Weather Service officials said.

Tucson and a stretch of Baja Arizona from Green Valley to Picacho Peak, from Safford to the east and west to Ajo, Sells and Organ Pipe National Monument, will see "dangerously hot conditions" with afternoon temperatures from 105-111 degrees Sunday, and 107-113 on Monday and Tuesday. 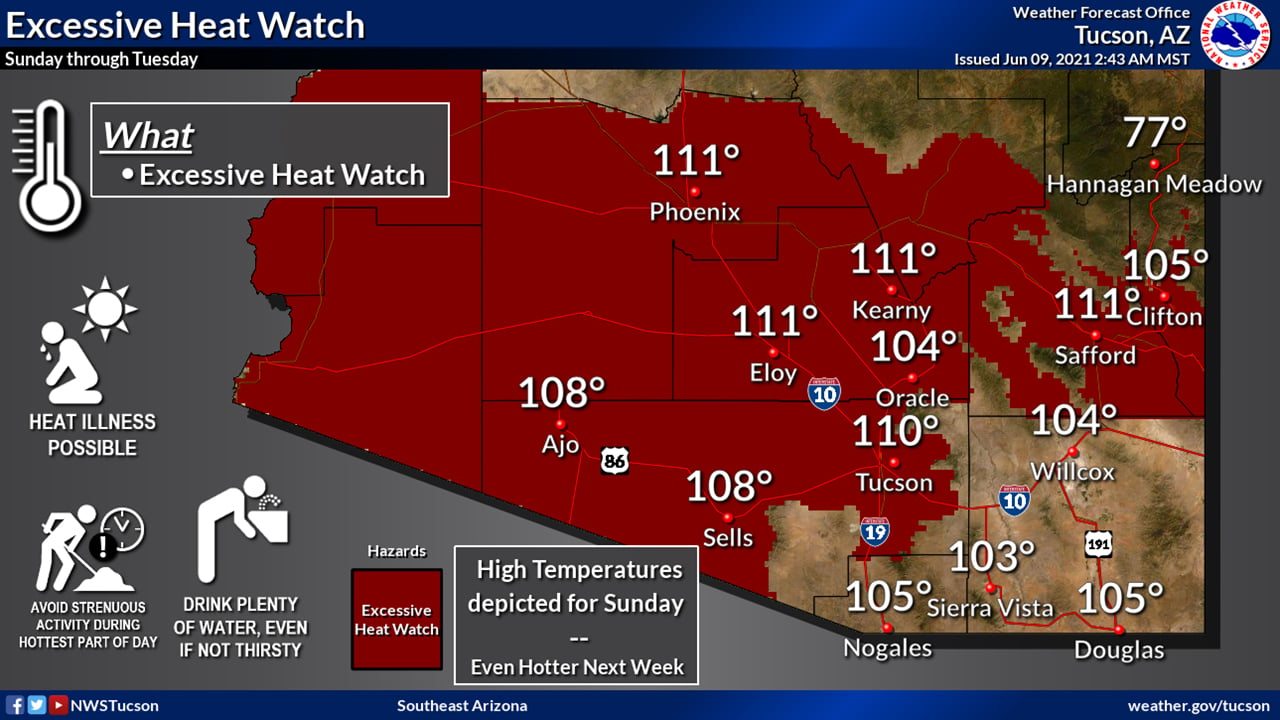 Temperatures across the state will be about 10 degrees hotter than normal, forecasters said.

"Extreme heat will significantly increase the potential for heat-related illnesses, particularly for those working or participating in outdoor activities," officials said. "Keep in mind you may need to adjust your plans based on the latest health and safety guidelines from CDC and your local officials. Cooling shelters may need to take your temperature or ask questions about how you are feeling." 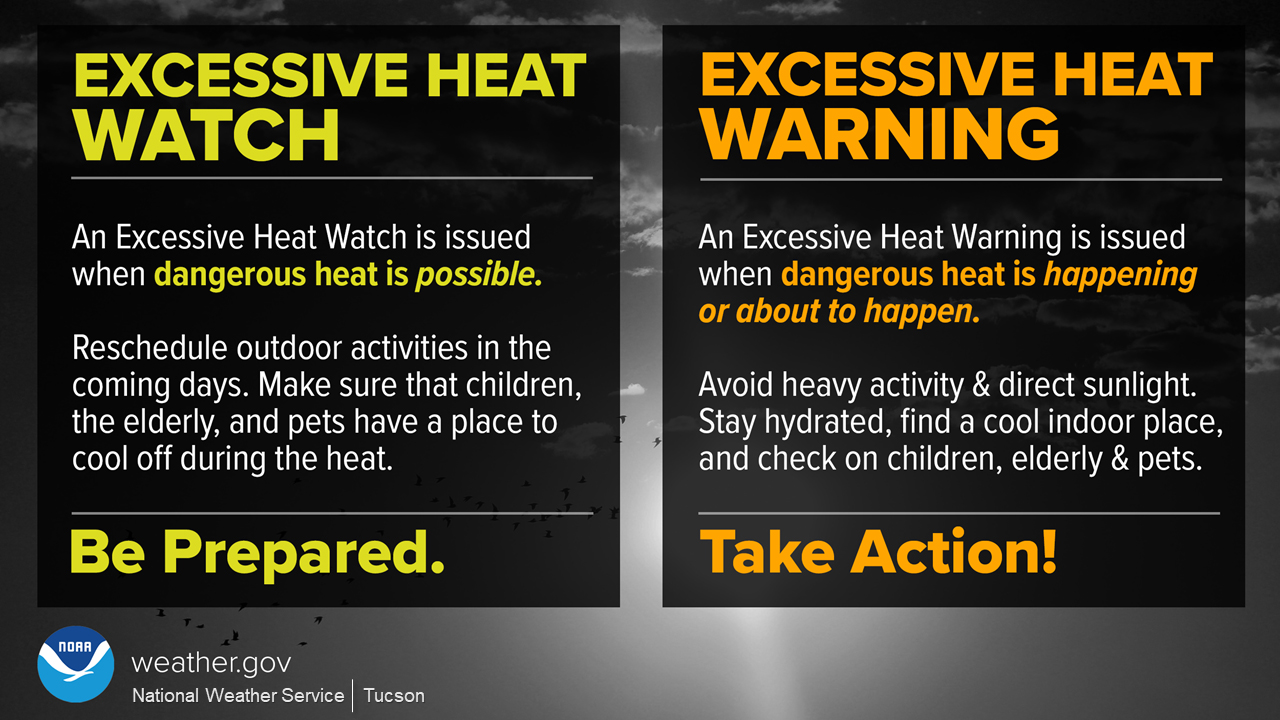 Researchers at San Francisco State University conducted a study in 2003 that showed that the temperature inside a vehicle can rise to 114 degrees on a 95 degree day, and will rapidly rise to 140 in under an hour even with the windows open.

The spike in temperatures comes after a relatively mild period in Tucson. Only twice in may did the recorded high temperature here reach 100 degrees, with a handful of days only seeing highs in the 80s. To start June, nearly every day has been 100-102 degrees.