Arizona leads the nation when it comes to the deepest cuts to higher-education spending and the steepest tuition increases since the Great Recession began in 2007, according to new national report.

Arizona is spending 47 percent less per college student this year than it did in 2008, according to a report from a liberal think tank, the Center on Budget and Policy Priorities. That is a larger percentage drop than any other state, or $3,053 less annually per student. 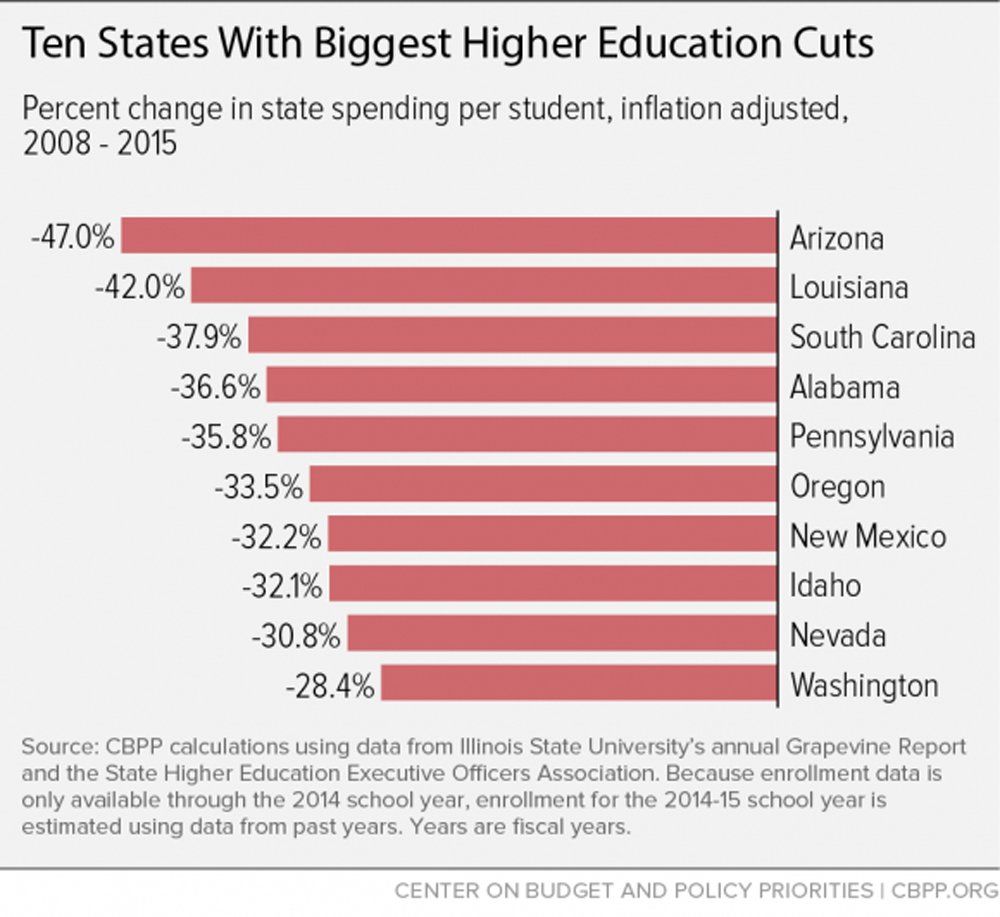 In comparison, state spending on higher education across the United States is down an average of $1,805 per student annually — about 20 percent less than in 2008.

Arizona has also seen the largest tuition increases in the nation, rising 83.6 percent from 2008-2015 — or $4,734 per student after adjusting for inflation, the report said.

The average in-state tuition at Arizona's three four-year universities is now $10,398 per year.

During that same time period, tuition has risen an average of 29 percent nationally, about $2,000 more per year — making $9,139 per year the national average for university tuition.

The report does not take into account the cuts that Gov. Doug Ducey and the Legislature made this year. In March, Arizona lawmakers approved a new state budget which included $99 million in cuts to universities and $19 million in cuts to community colleges. State support for many schools, including Pima Community College, was zeroed out. The new budget will go into effect July 1.

Last week, the Arizona Board of Regents responded to the cuts by approving another round of tuition hikes.

In the fall, incoming in-state students at the University of Arizona will pay $11,403 — an increase of 4.07 percent from this academic year. Students will be enrolled in a tuition guarantee program that locks in that rate for four years.

Continuing students at UA will have the option of enrolling in a guarantee program, which would freeze their tuition at the current level, but if they opt out they will pay $11,264 — an increase of 2.8 percent. 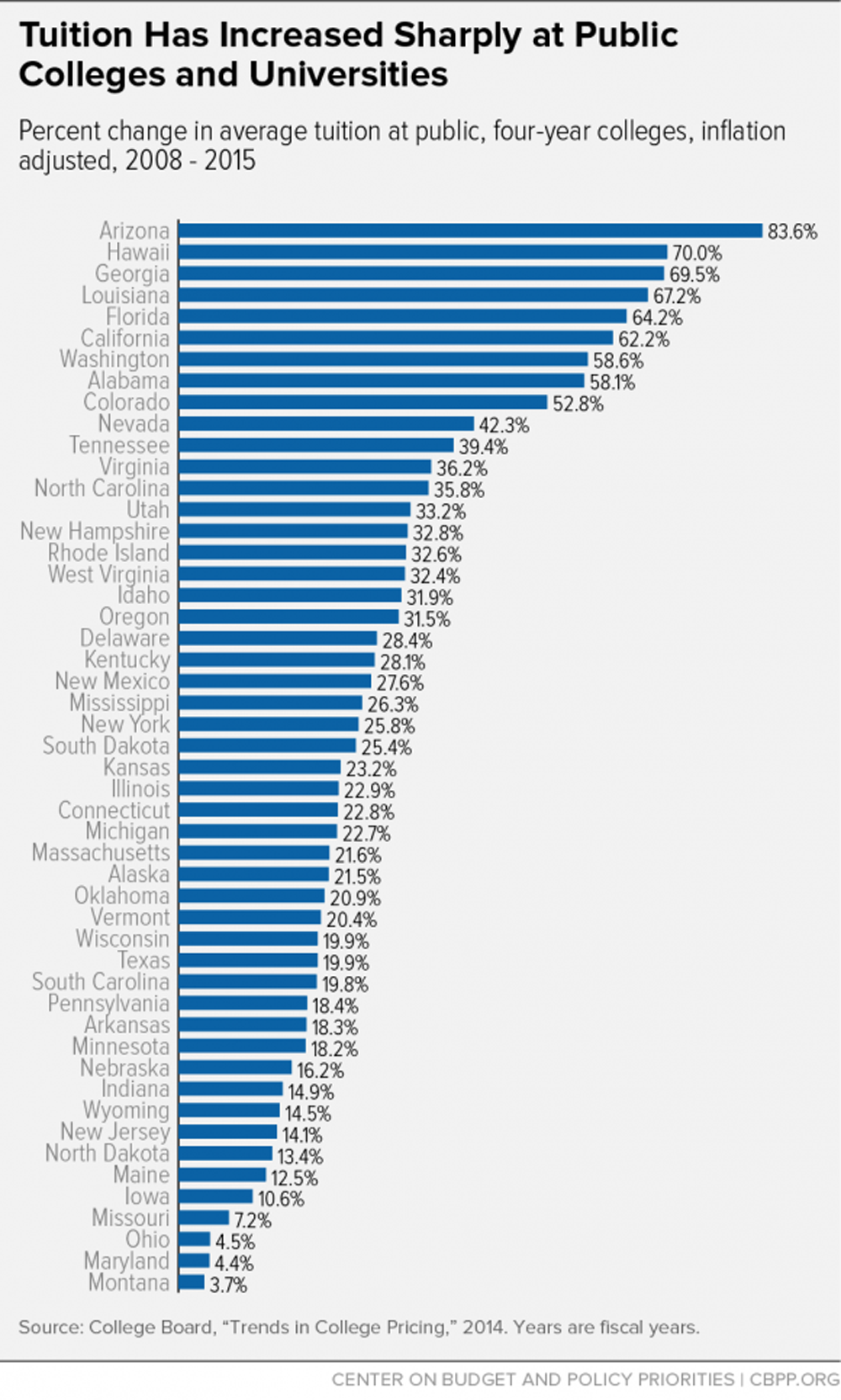 Tuition and fee increases by university

Tuition and fee increases by university