Remain twice as likely to be blue-collar than U.S.-born workers

As the number of jobs of construction and service jobs declined, many undocumented immigrants have shifted into management and professional jobs, according to a report from the Pew Research Center released Thursday.

The overall size of the unauthorized immigrant pool did not change, Pew noted, but rather the number of immigrants who were in construction and production jobs fells by 475,000. At the same time, around 180,000 undocumented immigrants moved into management and professional positions, "mirroring rises and declines in the overall U.S. economy," the report said.

"Despite these shifts, unauthorized immigrant workers remain concentrated in lower-skill jobs, much more so than U.S.-born workers," Pew wrote. About 74 percent labor in blue-collar positions.

This also means that undocumented workers were hit hardest by the recession. Overall, their share of the U.S. workforce declined from 5.4 percent in 2007 to 5.1 percent in 2012.

While undocumented immigrants are around five percent of the overall workforce, they are over-represented in jobs such as farming, cleaning and maintenance, construction and food service.

In Arizona, nearly 38 percent of the farming industry's workforce is in the country illegally, second only to Washington and New Jersey at 44 percent each, according to the report.

According to figures gleaned from government data, including U.S. Census Bureau's American Community Survey, in 2012 undocumented immigrants were twice as likely to hold service, construction and production jobs than American-born workers.

Moreover, while around two-thirds of U.S.-born workers are in white-collar jobs, the rate for undocumented workers is around 26 percent. 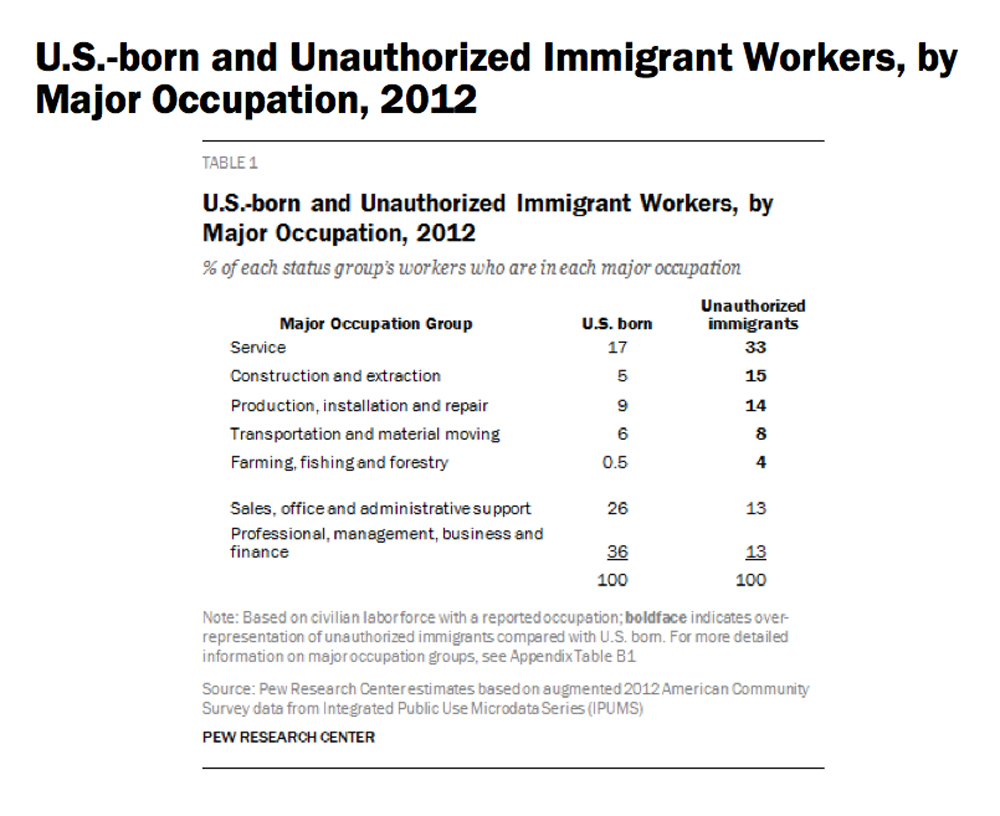 Despite the decline in jobs, the number of undocumented immigrants in the labor force rose from 8.1 million to 8.3 million, representing about 3.5 percent of the total U.S. population and around 26 percent of all immigrants.

Unauthorized immigrants also make up a larger share of the labor force, Pew said, because they are less likely to be too young or too old to work.

The report also noted that the states with the largest share of undocumented immigrant workers are Nevada with 10.2 percent, California with 9.4 percent and Texas with 8.9 percent.

A November 2014 report from Pew showed that from 2009 to 2012, the number of undocumented immigrants changed significantly in 14 states, including Arizona.

From 2009 to 2012, Arizona lost 50,000 undocumented immigrants to states like New Jersey, Idaho, Nebraska, Virginia, and Florida.

Georgia, Alabama and Arizona passed harsh immigration laws during this period, however, California also lost a significant number of undocumented immigrants. Out of a population of nearly 2.5 million, nearly 90,000 unauthorized immigrants left the state. 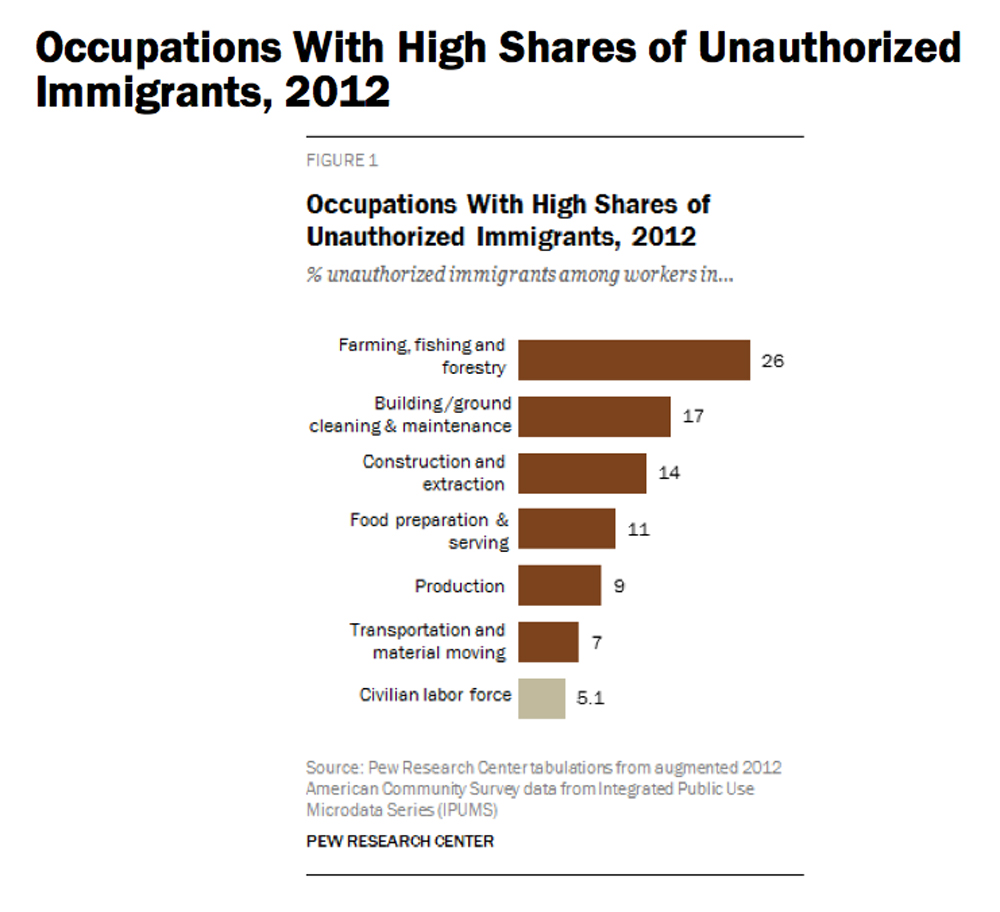