The pilot of an F-16 that crashed near Prescott last week has been identified by Taiwanese officials. Maj. Kao Ting-cheng of the Taiwan Air Force died on a training mission out of Luke Air Force Base, near Phoenix.

The F-16 fighter jet based at Luke in Glendale crashed Thursday morning near Bagdad, Ariz., west of Prescott. A body was later found at the crash site, and the pilot from the Taiwanese air force was presumed to have been killed, U.S. Air Force officials said.

Taiwan officials confirmed Kao's death in a statement. His wife and two children had been living near the base in Glendale, officials said.

It took hours Thursday to locate the spot where the plane went down, in the hills about about five miles south of the mining town of Bagdad, about 20 miles west of Prescott. Friday morning, officials said human remains had been found at the crash.

U.S. Air Force officials confirmed the Taiwanese air force pilot was the sole occupant of the aircraft. A U.S. instructor was flying another F-16 nearby, officials said, as the pilot who crashed was involved in air-to-air combat training.

U.S. and foreign pilots train at the Phoenix-area base, flying F-16 Fighting Falcon and F-35 Lightning II aircraft. Among the squadrons in the 56th Fighter Wing is one that trains pilots of the Taiwanese Air Force, the 21st Fighter Squadron.

The cause of the crash, which happened around 8:45 a.m. Thursday, wasn't yet known, officials said. A Yavapai County Sheriff's Office helicopter located the crash site Thursday afternoon after hunters pointed authorities to a plume a smoke; the plane went down about five miles south of Bagdad, in hilly terrain about a mile off S.R. 97. 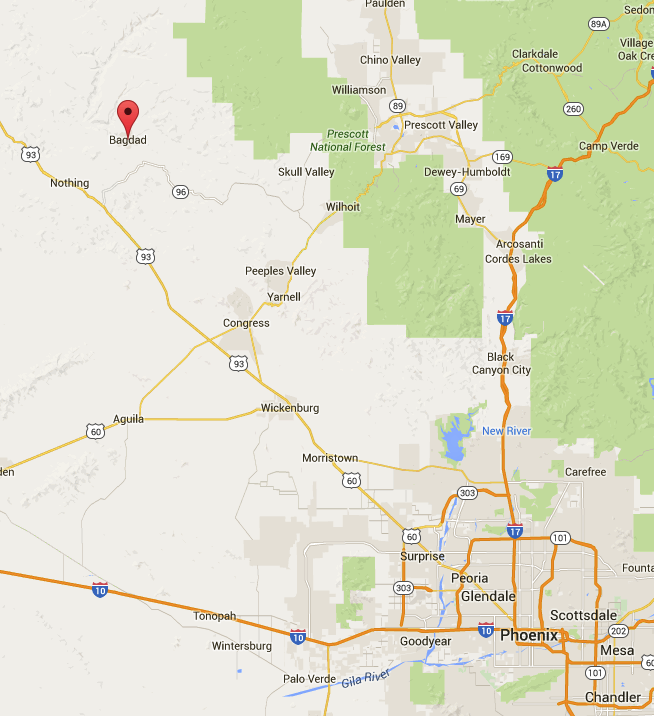 In late November, an F-16 from Holloman Air Force Base, near Alamogordo, crashed in New Mexico, but the pilot ejected safely in that incident. That F-16 belongs to a unit detached from Luke.

Last June, an F-16 flown by an Iraqi pilot training with the Arizona Air National Guard out of Tucson crashed north of Douglas. The pilot was killed in that incident.