Co-owner Randy Schultz said that means consumers can expect more styles of their most popular brands and specialty releases. The company may even bring back “many of our favorites from the past that have sat waiting to be made along with a long list of new beers brewers are excited to share,” he said.

Schultz said he and his fellow owners were thrilled when Gov. Doug Ducey signed SB 1030, dubbed the Arizona Beer Bill, earlier this week.

The law will raise the production cap for craft brewers, allowing them to generate more than 200,000 barrels of beer per year and operate up to seven retail shops under a microbrewer license.

Schultz said under the previous cap, Four Peaks couldn’t produce more beer or risk surpassing the cap, which would have forced them to close two restaurants.

“We plan to hire new people. It’s a continuing effort of ours,” he said. “As production expands, it creates more and more jobs.”

He said the new law could serve as an example for craft beer legislation in other states.

“We went from having not one of the best laws, to one that allows you to make a business plan,” he said. “There’s plenty of room for lots of successful businesses to work in this framework of this new law.”

“Craft breweries are growing very rapidly now,” he said. “Really, a lot of what they are doing is hiring people. And if they are able to hire more people, they can continue to grow on an individual basis.”

Matt Trethewey, co-owner of the Beer Research Institute in Mesa, said although his smaller brewery wouldn’t likely produce 200,000 barrels a year, the law benefits his business because it allows them to continue to self distribute.

“We’re only four and a half months in this industry. We put our entire life savings on the line,” he said. “We have a long, successful plan in front of us, and the only way we can accomplish that is to grow.”

The bill initially drew criticism from the officials with the AZ Wine and Spirits Wholesale Association. They said raising the cap would solely benefit larger breweries and allow a monopoly of the industry.

Lawyer Don Isaacson, who represents the association, said the final bill was a compromise.

“I wish Four Peaks the best and hope they and all other microbreweries grow,” he said. “The bill has a positive effect over the entire industry. Everybody knows what you can and can’t do much better than they did before.”

The law goes into effect 90 days after the end of the legislative session. 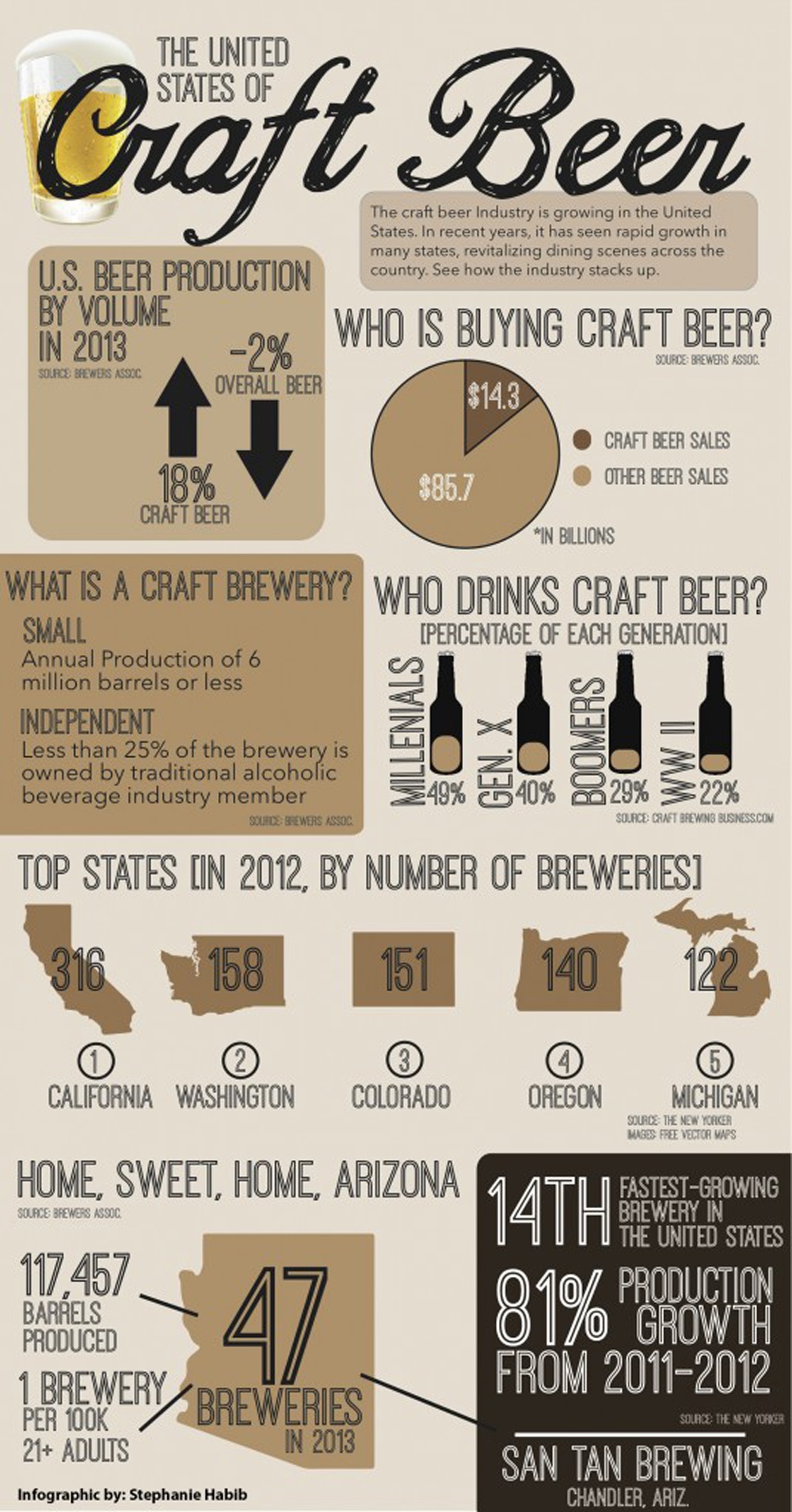